Wonder What Your Vehicle Is Worth? Find Out 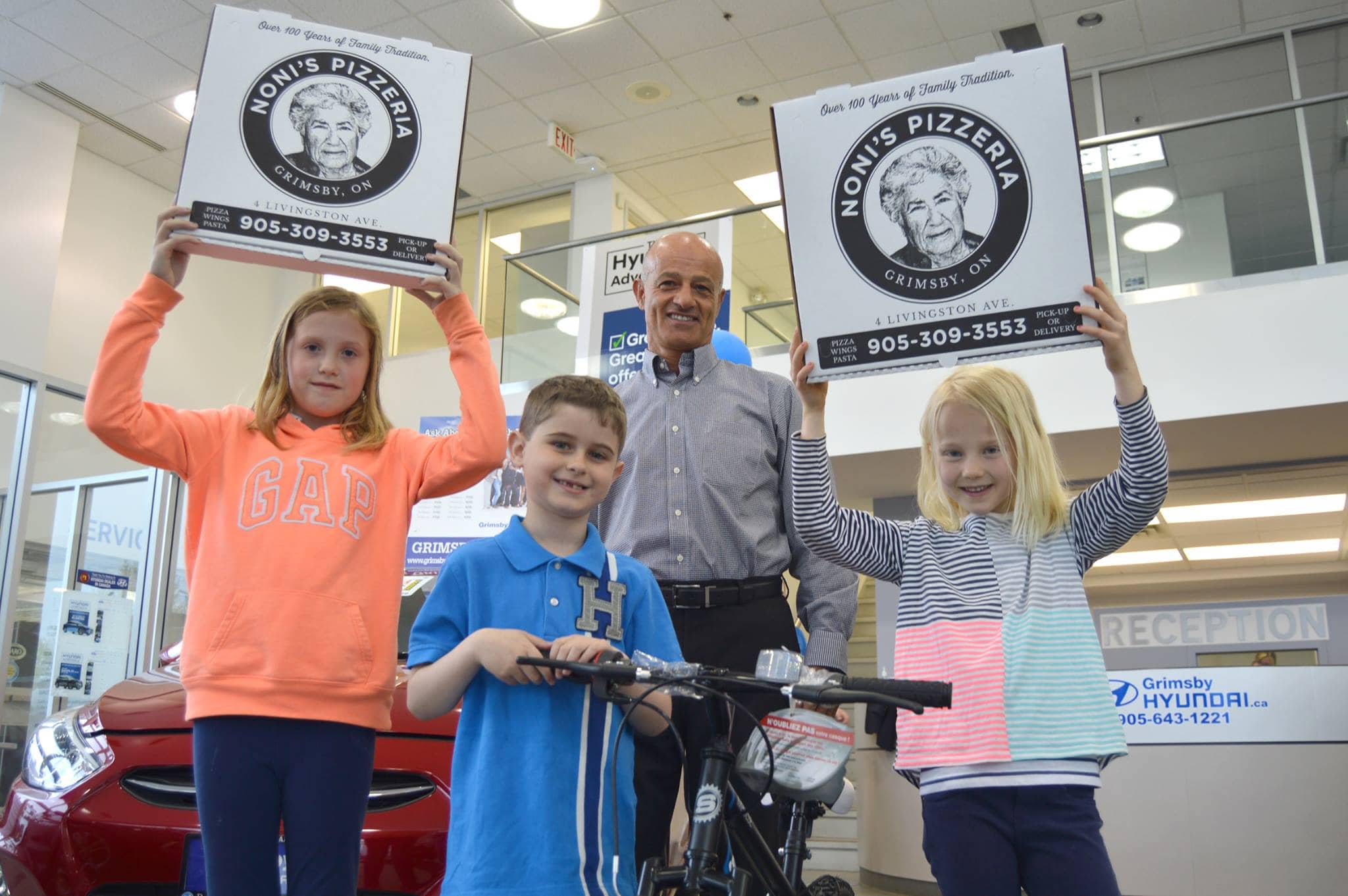 Following our Easter Colouring Contest, Grimsby Hyundai has given away a bicycle and three pizza parties for winners and their school classes! From left, Cali Macys, 10, Matthew MacMillan-Fagundes, 6, Mario Bruno, the general manager of Grimsby Hyundai, and Meagan DeGraaf,7. Absent from the picture was Sophia Johnston. Thanks for participating and see you next year! 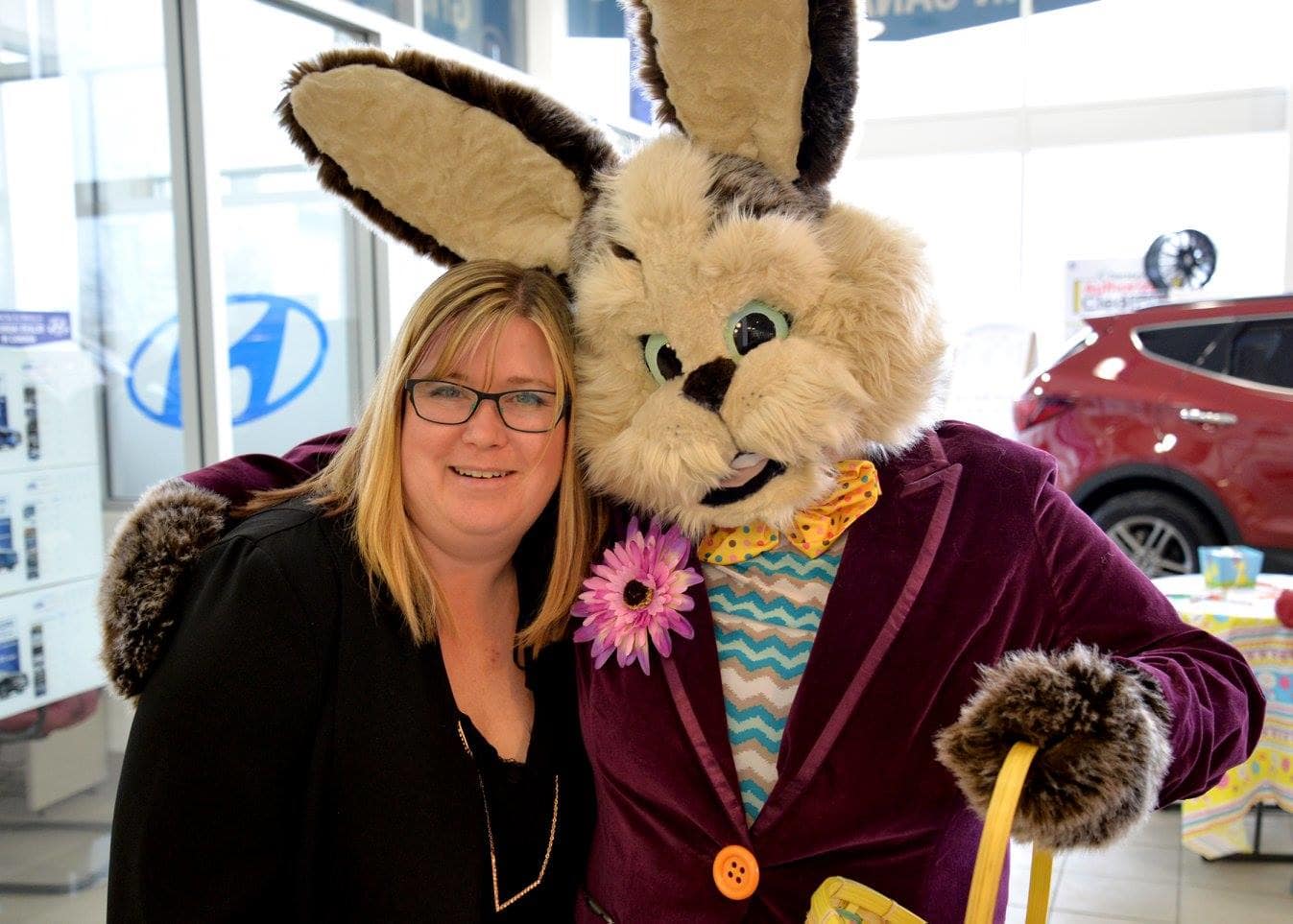 Hundreds of children have participated in this year's Annual Colouring Contest and Easter Egg Hunt at Motion Mazda and Grimsby Hyundai, and have taken home thousands of Easter eggs and numerous prizes including brand new bicycles.

Both events took place on Saturday, April 15 inside the dealerships' showrooms, and were open to all children aged 12 and under. The teams at both locations did a great job dressing up their buildings with Easter decorations, and held a variety of activities to engage children and their parents.

The dealerships hid a combined total of more than 14,000 eggs weighing almost 500 lbs throughout their sales floor and inside cars, making it possible for every child to go home with pockets full of candies. They also held colouring contests for children of all ages and received hundreds of entries, with Motion Mazda giving away three brand new bicycles and Grimsby Hyundai awarding a new bicycle as a grand prize and a pizza party to an entire class of children. 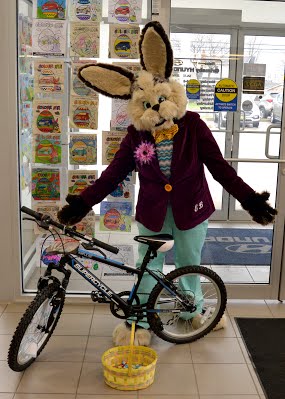 Performance Auto Group Senior Graphic Artist Lindsay Slessor also dressed up as the Easter Bunny for Grimsby Hyundai's event, and she instantly became a big hit with all the children. "The Easter Bunny brought a huge smile to everyone's face. Children fell in love with it on sight, and I can safely say that it made the event incredibly jovial," said Lindsay. Meanwhile, Motion Mazda invited a clown named Pockets to their celebrations, and organized face-painting and animal balloon-making to entertain and engage children. 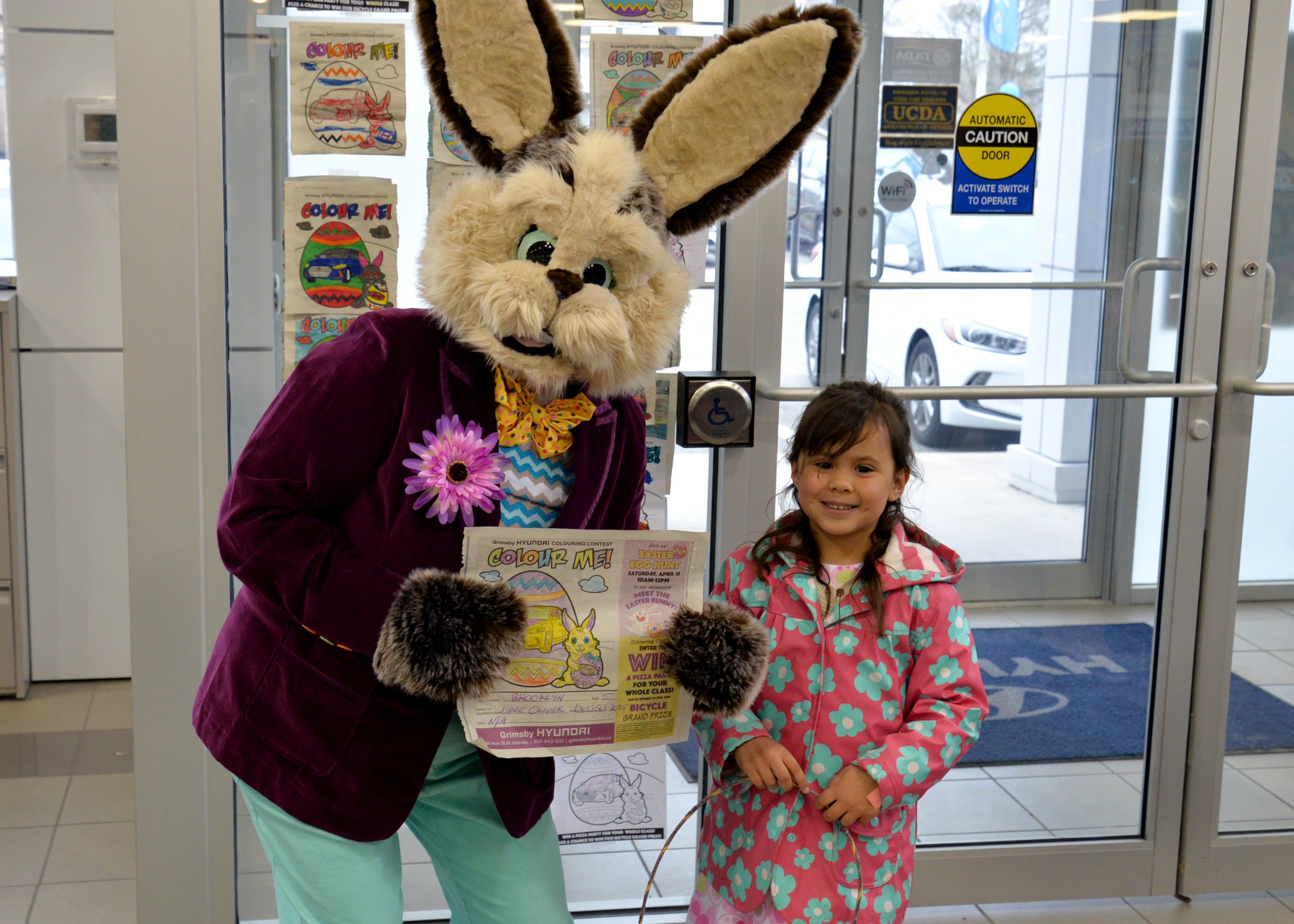 Grimsby Hyundai General Manager Mario Bruno said he was very happy with the success of the event, and thanked his team for their efforts. "I am delighted to say that this year's Easter Egg Hunt and Colouring Contest was a resounding success. Both adults and kids had a fantastic time, and all of us thoroughly enjoyed hosting and entertaining them. Thank you to everyone who participated in making the event unforgettable," said Mario.

Motion Mazda General Manager David Sepehri also thanked his staff for managing the event, and said that it was very well received by the community this year. "This was our third annual Colouring Contest and Easter Egg Hunt, and it was great to see the amazing turnout that we received. People from all over Georgetown and surrounding areas brought their children to the dealership, and it made the celebrations incredibly festive. Thank you to everyone at Motion Mazda for making this year's celebrations an absolute success," said David.

The organization of this year's Easter Egg Hunts and Colouring Contests by Motion Mazda and Grimsby Hyundai is a part of Performance Auto Group's 'Driving Change' initiative, which ensures that our organization gives back visibly to the communities which we serve.